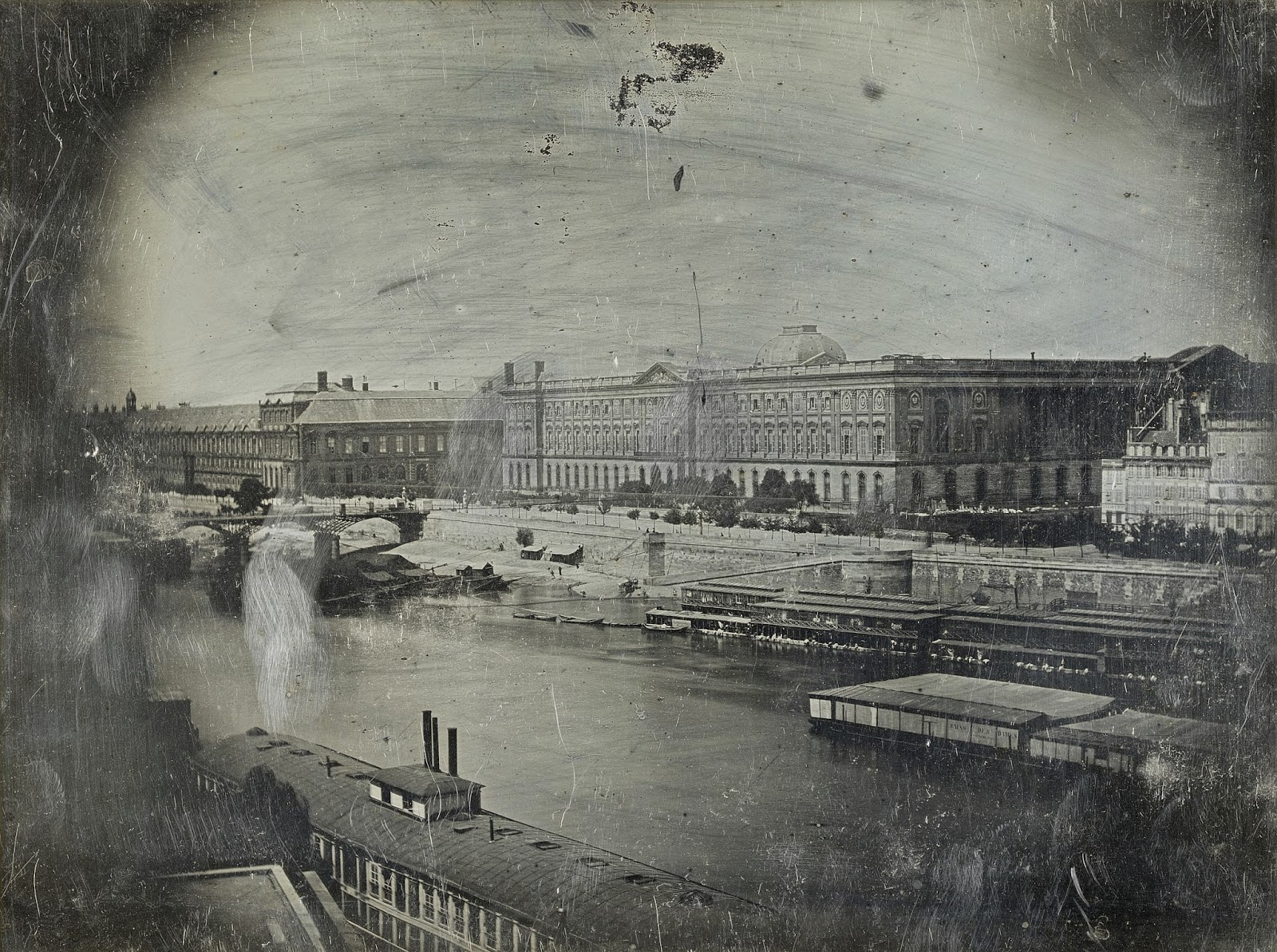 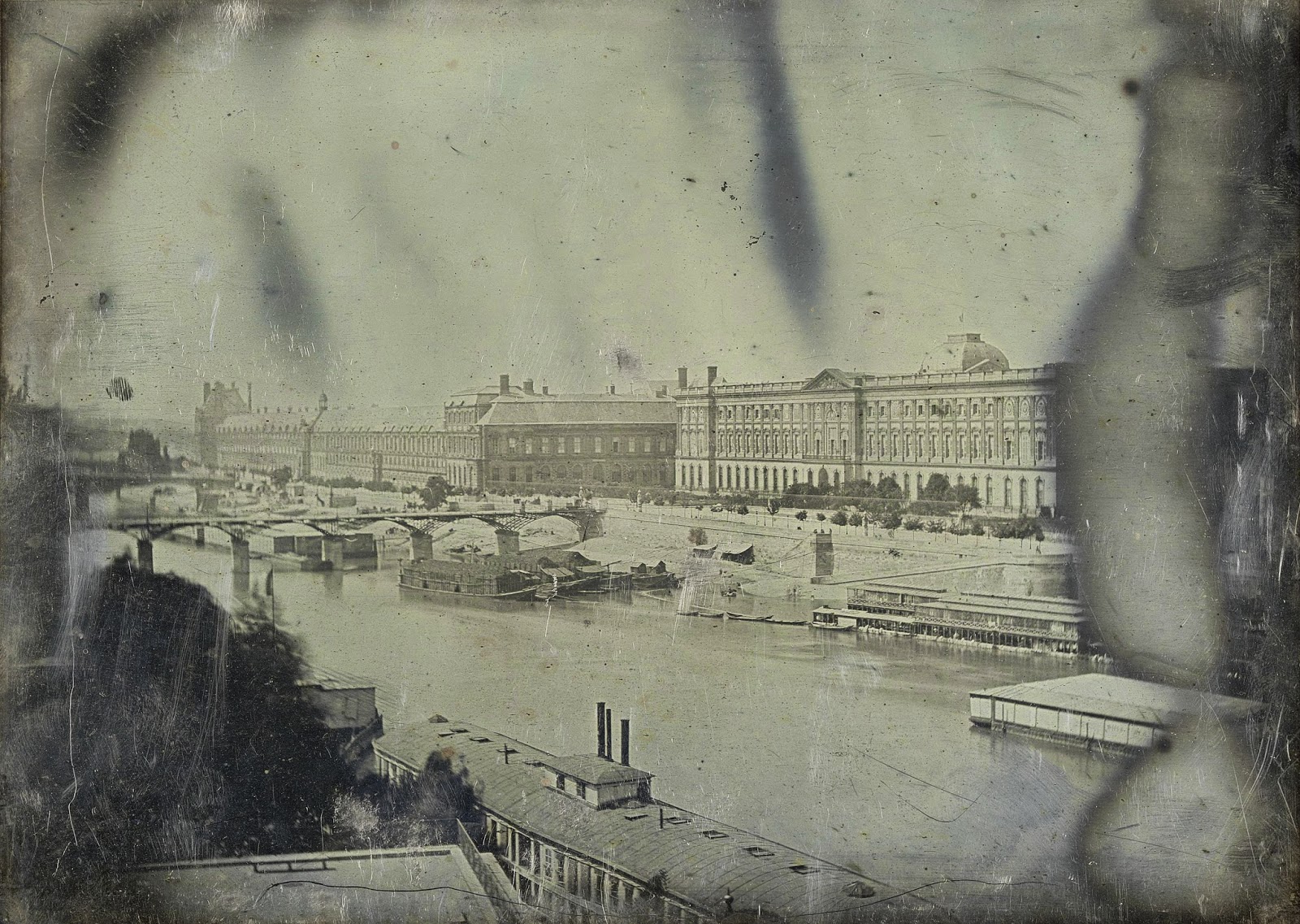 Two daguerreotype views taken along the Seine River in Paris by an unknown photographer in 1839, which was the year that the discovery of photography  was announced to the world. The first image is an animated time-lapse comparison of the photographs. A number of people can be observed on the far side of the river, some of whom seemed to have not moved very much between photographs.

Source.
Posted by chubachus at 8:42 PM