Animated Comparison of Photographs of the Battle of Corinth Dead (1862) 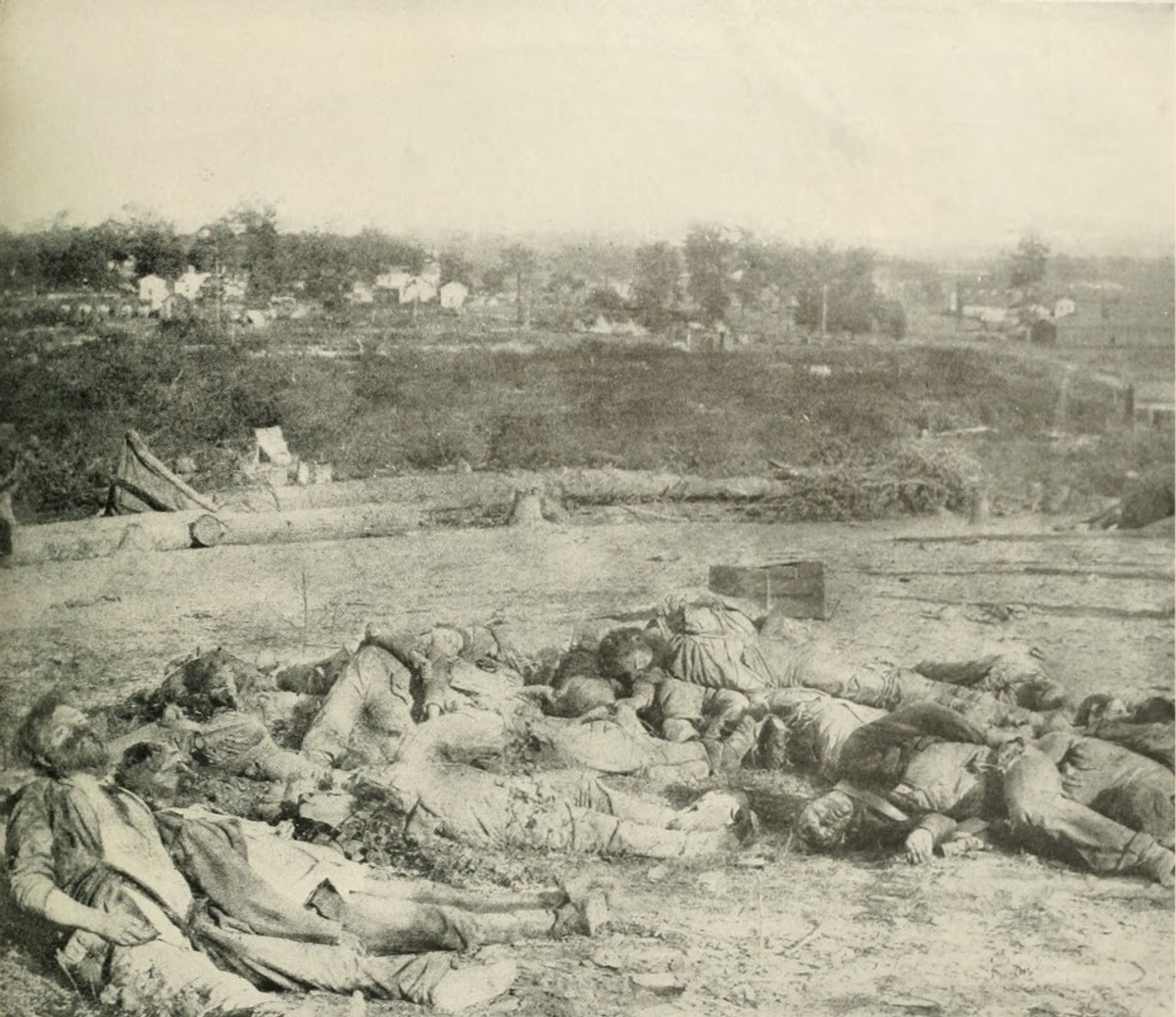 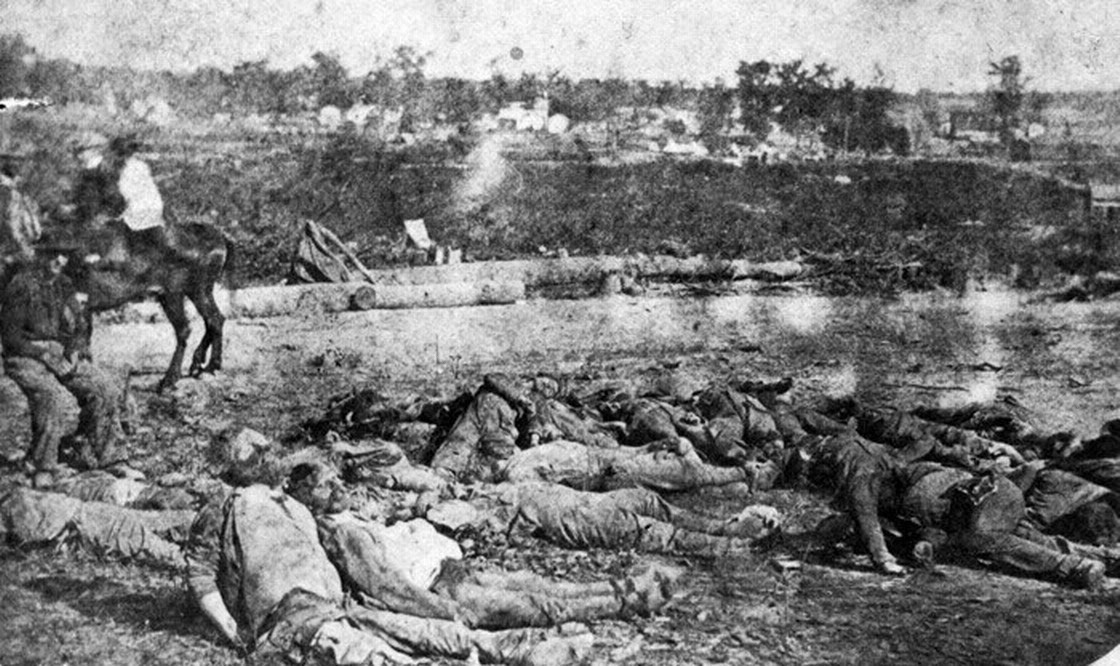 Comparison between the two photographs of Confederate dead that lay gathered at the bottom of the parapet of Battery Robinett on the day after the Battle of Corinth, 1862. Shows how the bodies had been moved as well as various objects in the background. Colonel William P. Rogers of the 2nd Texas (far left) was holding the colors of his unit when he was killed by canister shot.