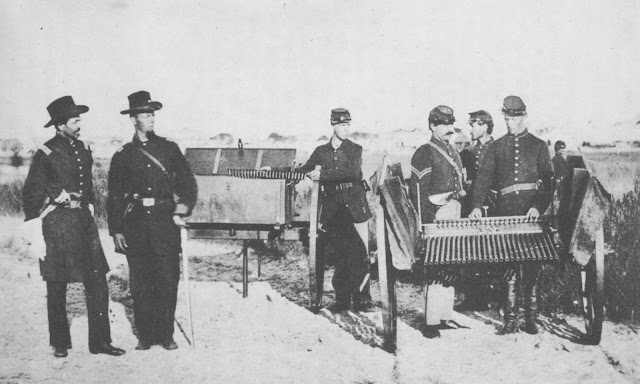 Portrait of Union soldiers of the 39th Illinois Volunteer Infantry Regiment posing with a Billinghurst Requa Battery rapid-fire gun on Morris Island, South Carolina, 1863. The gun was under command of Lieutenant Wheeler and Lieutenant Kingsbury, who are presumably the two officers posing on the left. Probably taken by the photography firm of Haas and Peale. From the book The History of the Thirty-Ninth Regiment Illinois Volunteer Veteran Infantry. (Yates Phalanx.) in the War of the Rebellion. 1861-1865. by Charles M. Clark.