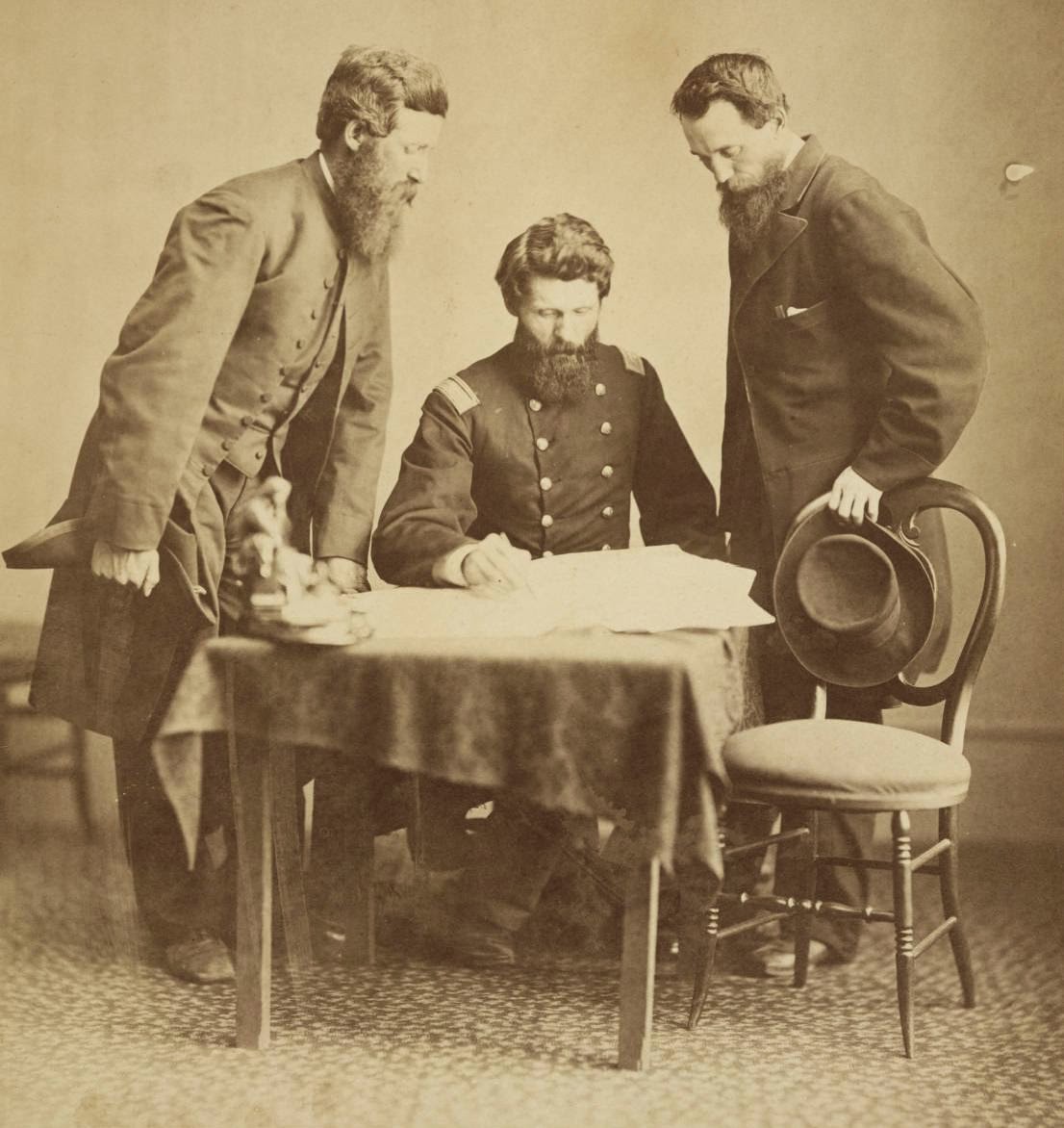 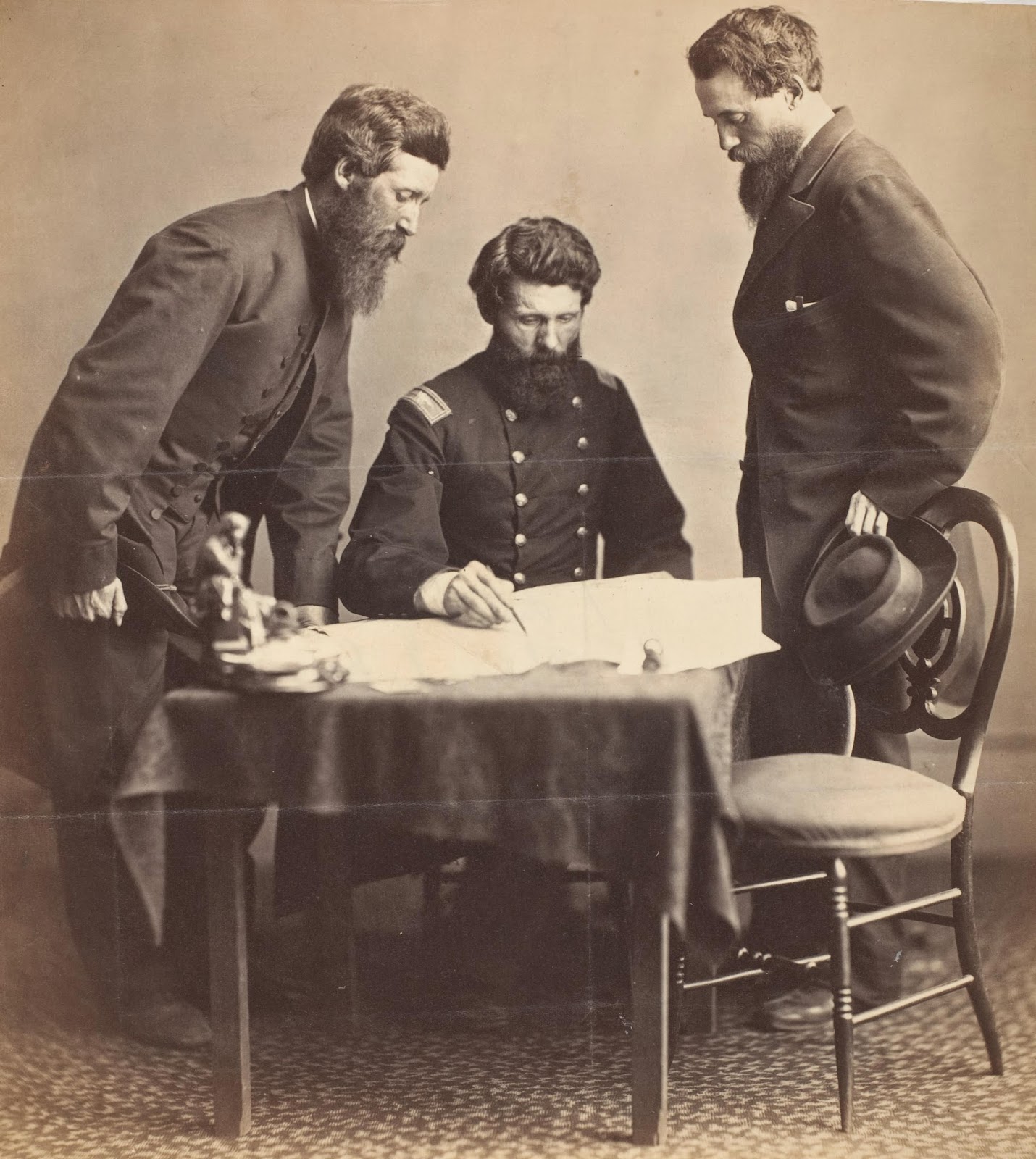 Two photographs said to show the three Union officers planning the capture of John Wilkes Booth, c. 1865. Probably made after Booth’s death in Virginia 12 days after his assassination of President Abraham Lincoln as a simplified recreation of the effort involved in capturing Booth. Union intelligence chief Colonel Lafayette Baker is sitting at center, Lieutenant Everton Conger is on the right, and Lieutenant Luther Baker is on the left. By Alexander Gardner.