President Abraham Lincoln at Independence Hall in Honor of the Admission of Kansas Into the Union, Philadelphia (1861) 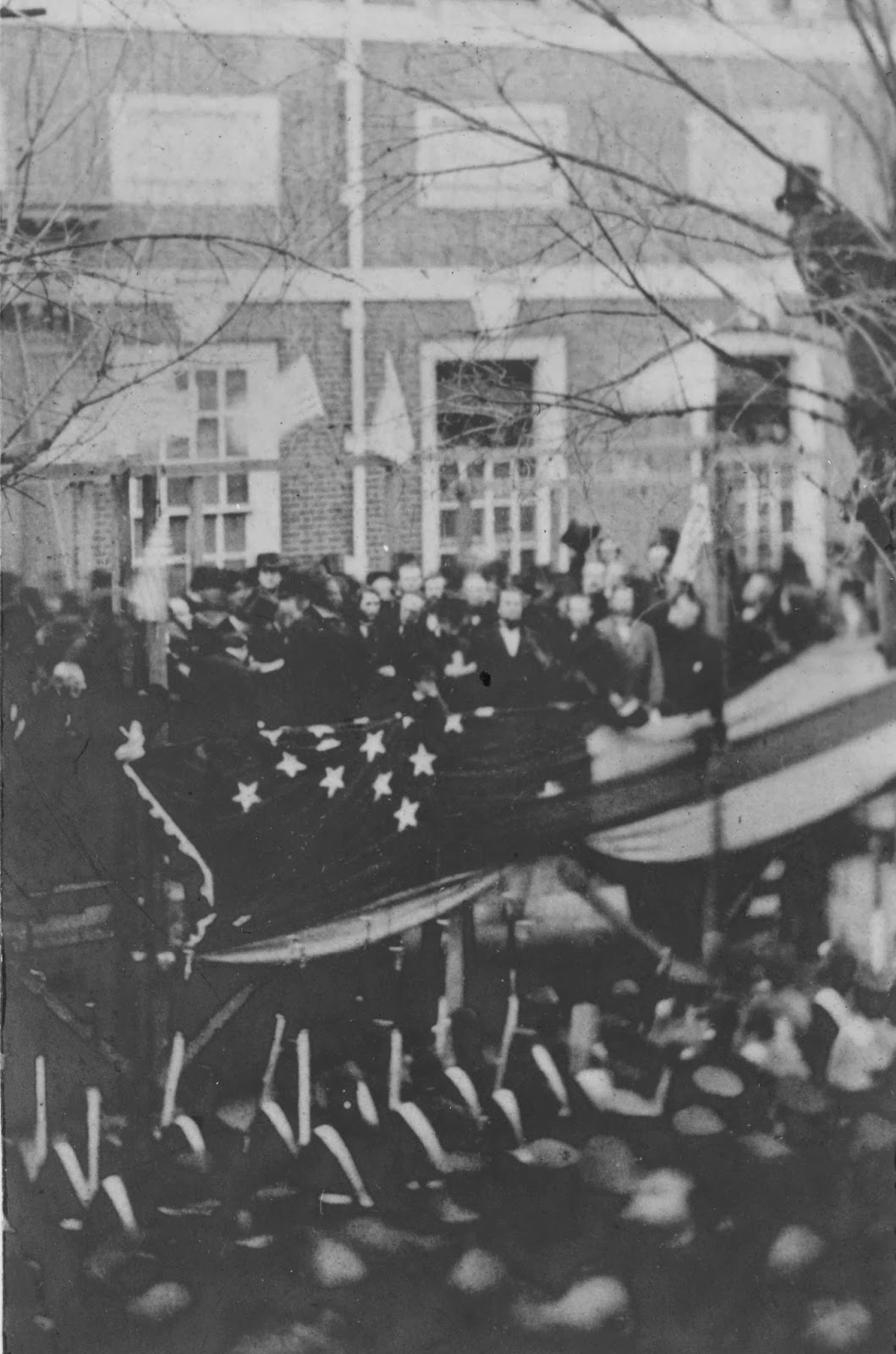 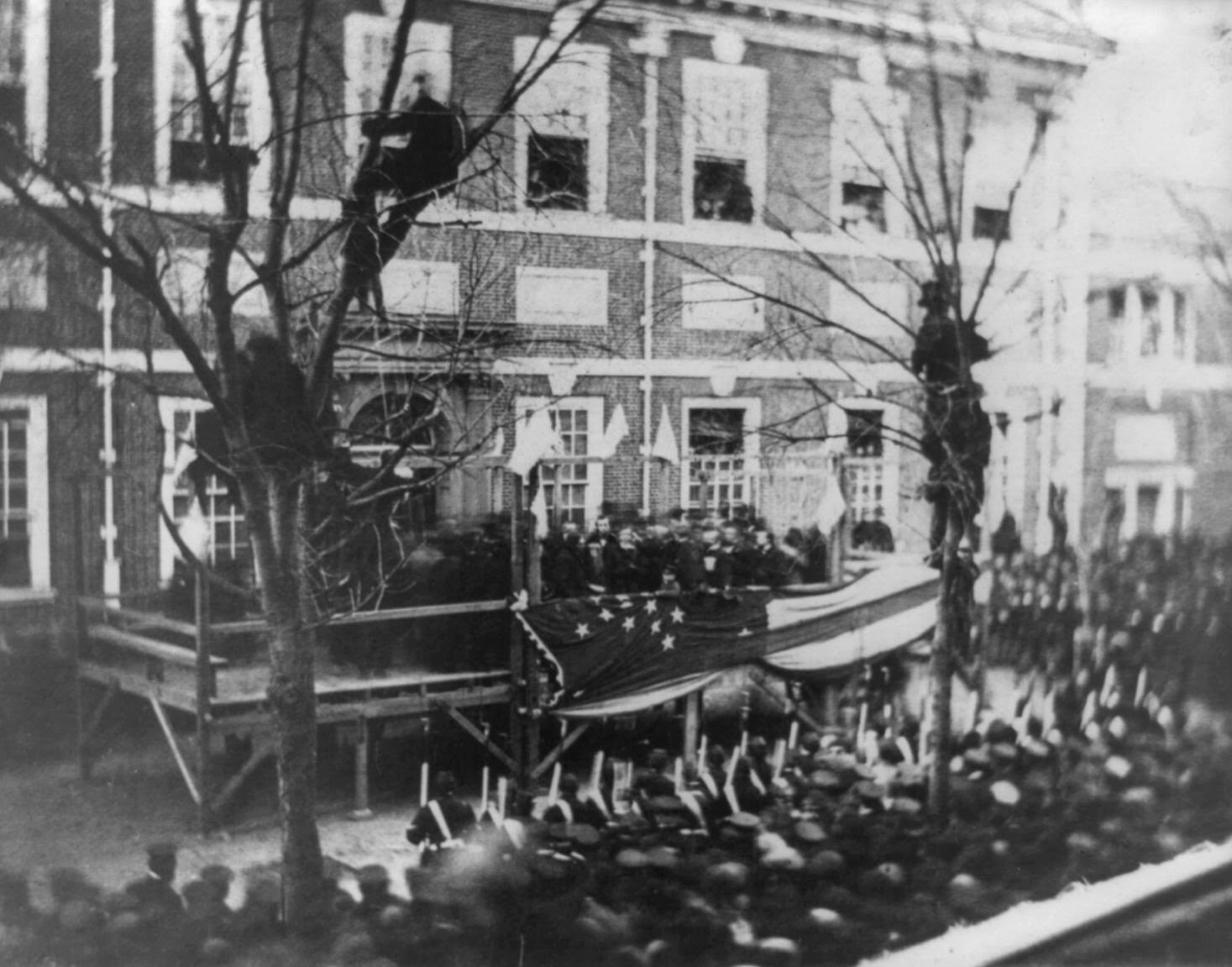 President-elect Abraham Lincoln raising a flag at Independence Hall in honor of the admission of Kansas into the Union, Philadelphia, February 22, 1861.

"Lincoln was standing without a hat above the third star from the left. His son Tad leaned on the rail with his chin in his hand. Once his powerful affirmation was delivered, he enjoyed the fun, and went outside to raise the flag. He hoisted it with ease, and a loud cheer erupted from the tens of thousands assembled. A fuzzy photograph captures him there, the only one we have from the entire 12-day journey. Lincoln’s face is indistinct; but his presence can be felt; the tree-climbers in the foreground and the soldiers in the front row convey the urgency that now followed him everywhere."

The second and third photographs are cropped and uncropped versions of the same photo.

Posted by chubachus at 5:00 PM