Union Soldiers in Skirmish and Regimental Line Formations in Camps in Chattanooga and Washington, D.C. 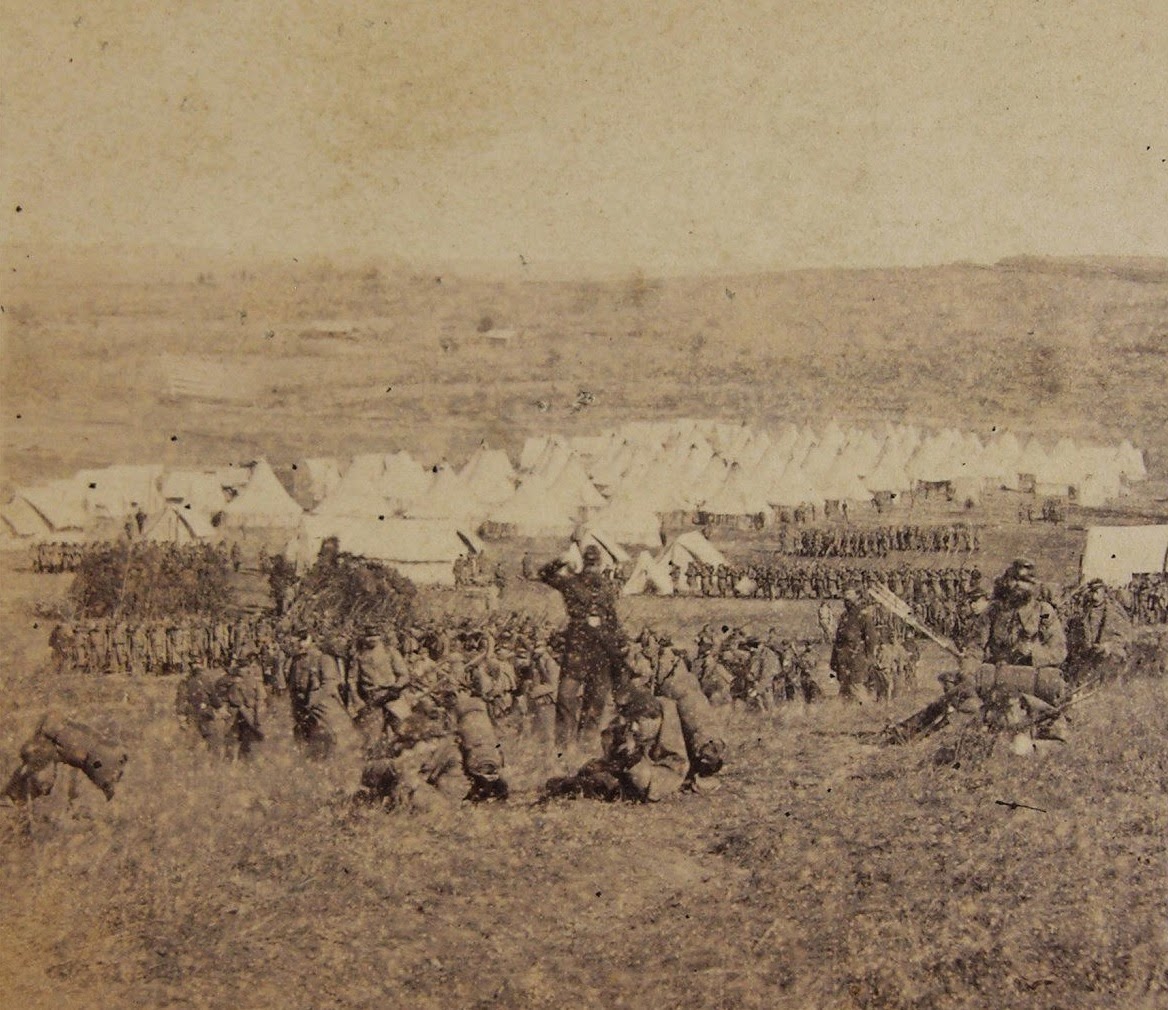 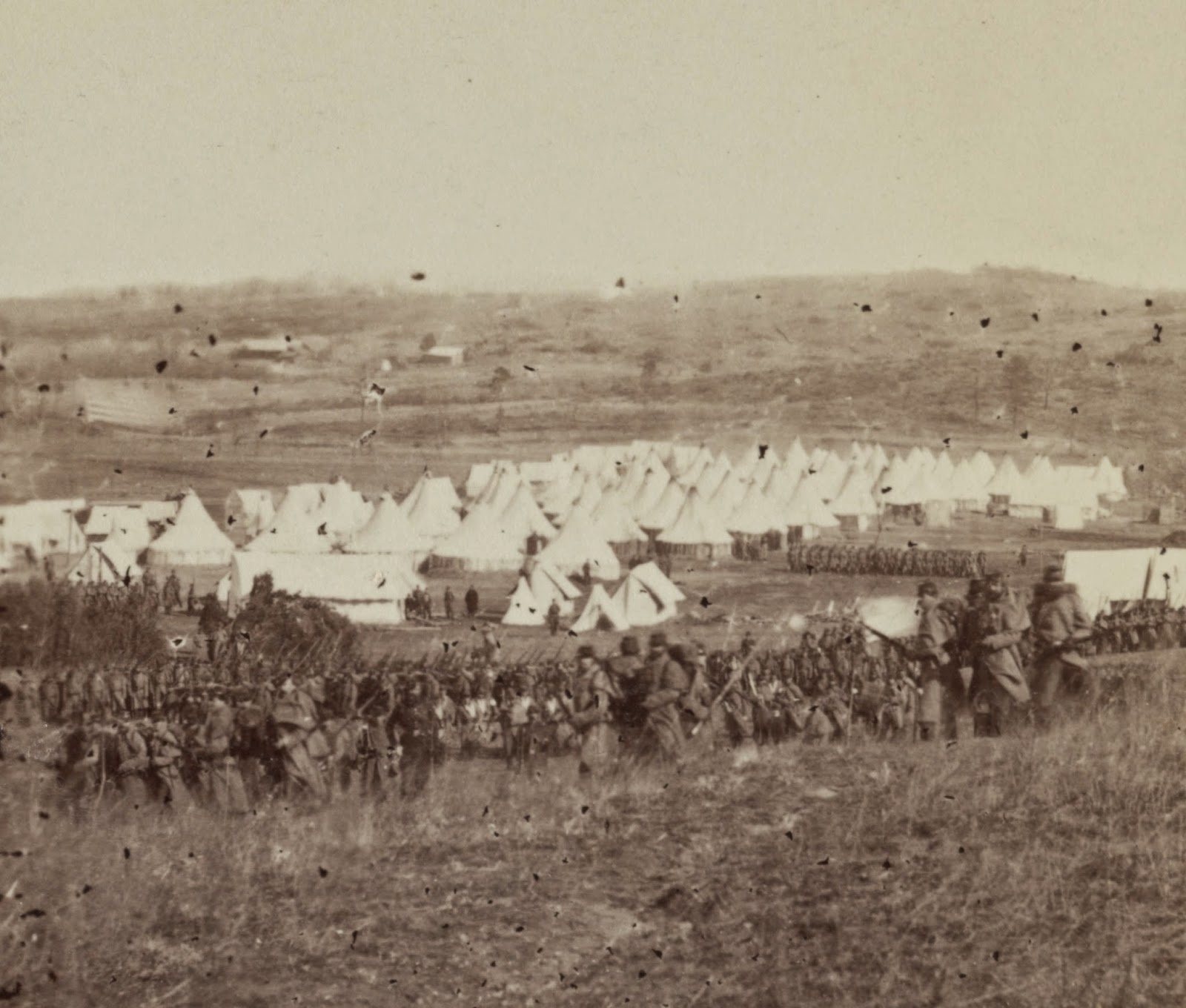 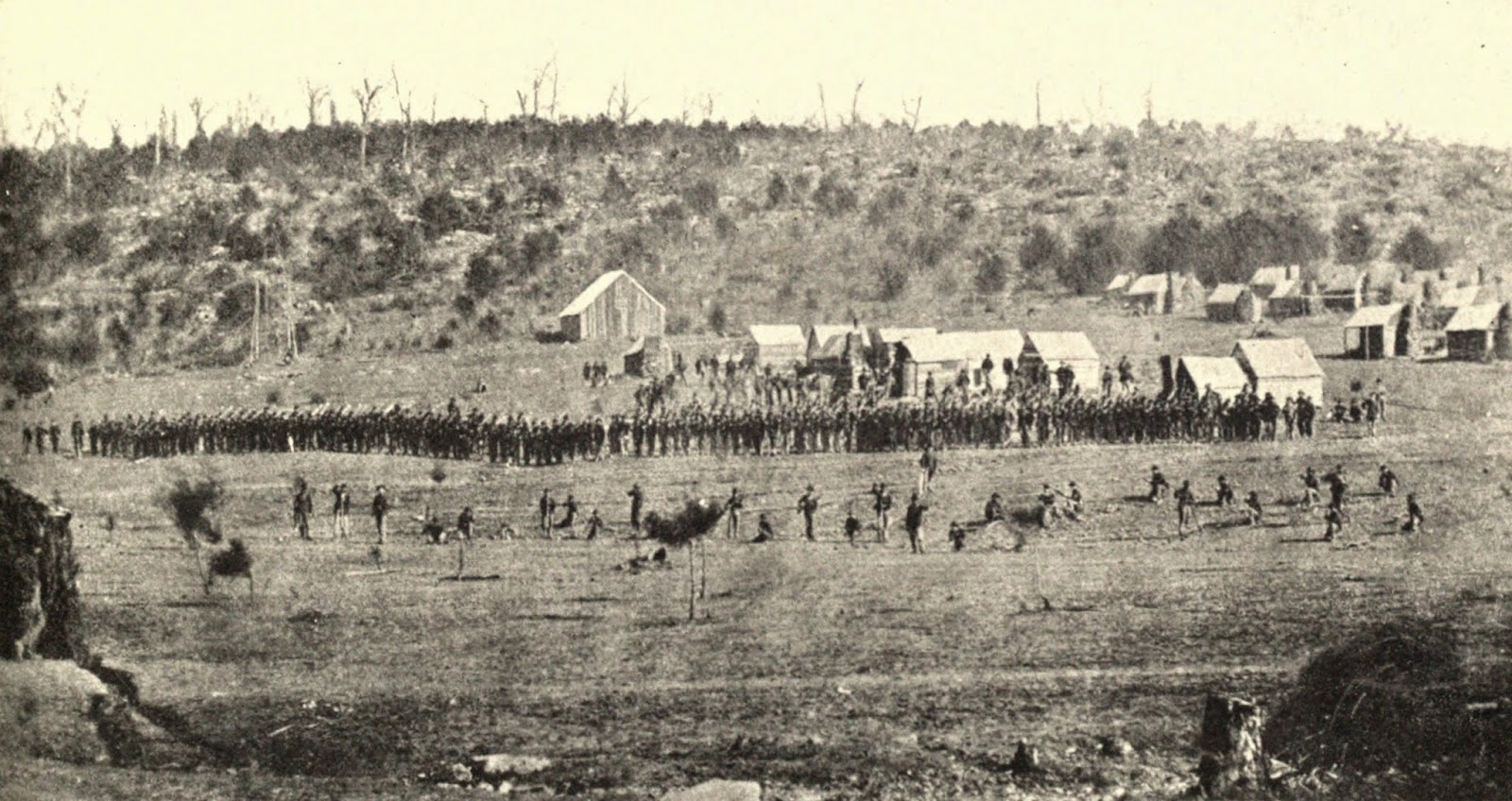 A similar photograph of unidentified Union troops in skirmish line formation with a regimental line behind it during drilling said to be taken in a camp near Chattanooga, Tennessee, c. 1864. From Miller's Photographic History of the Civil War. 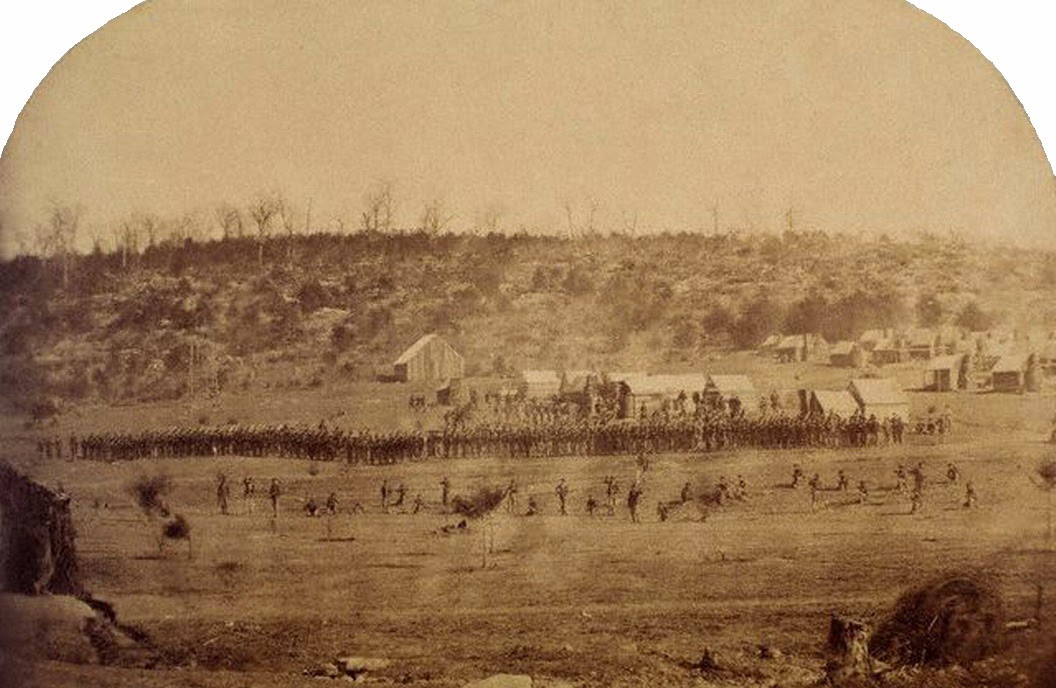 Source.
Posted by chubachus at 4:18 PM