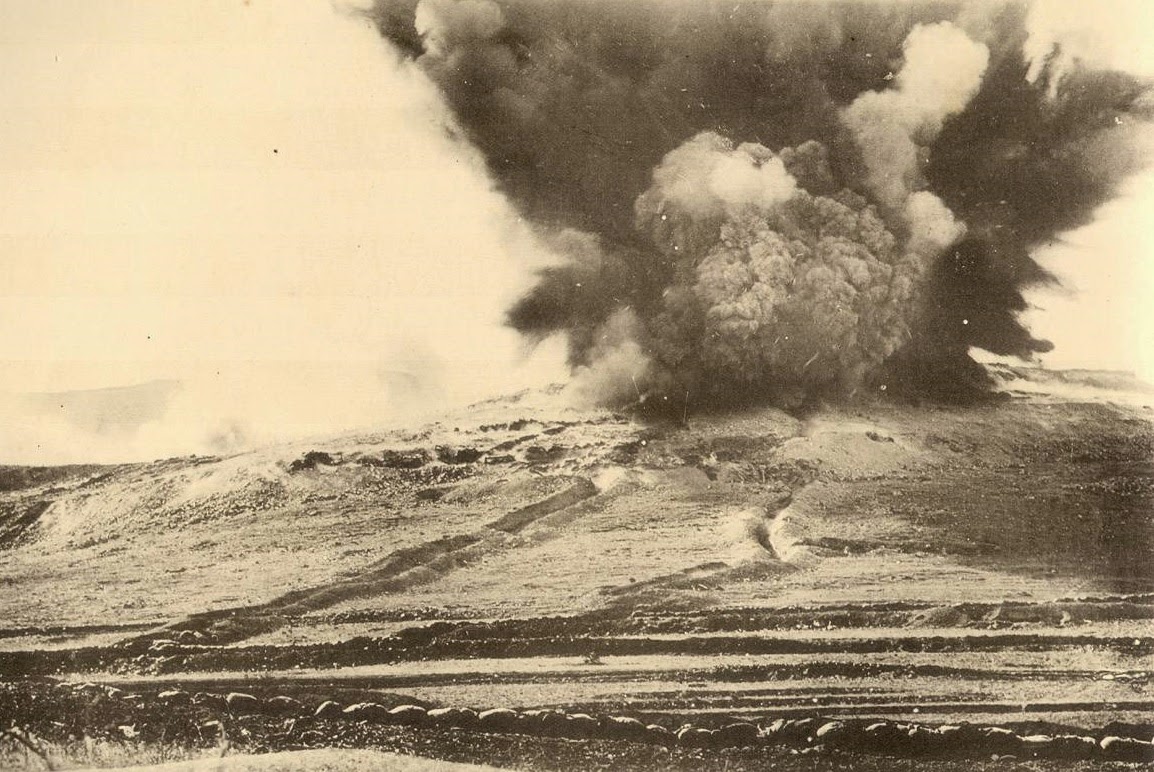 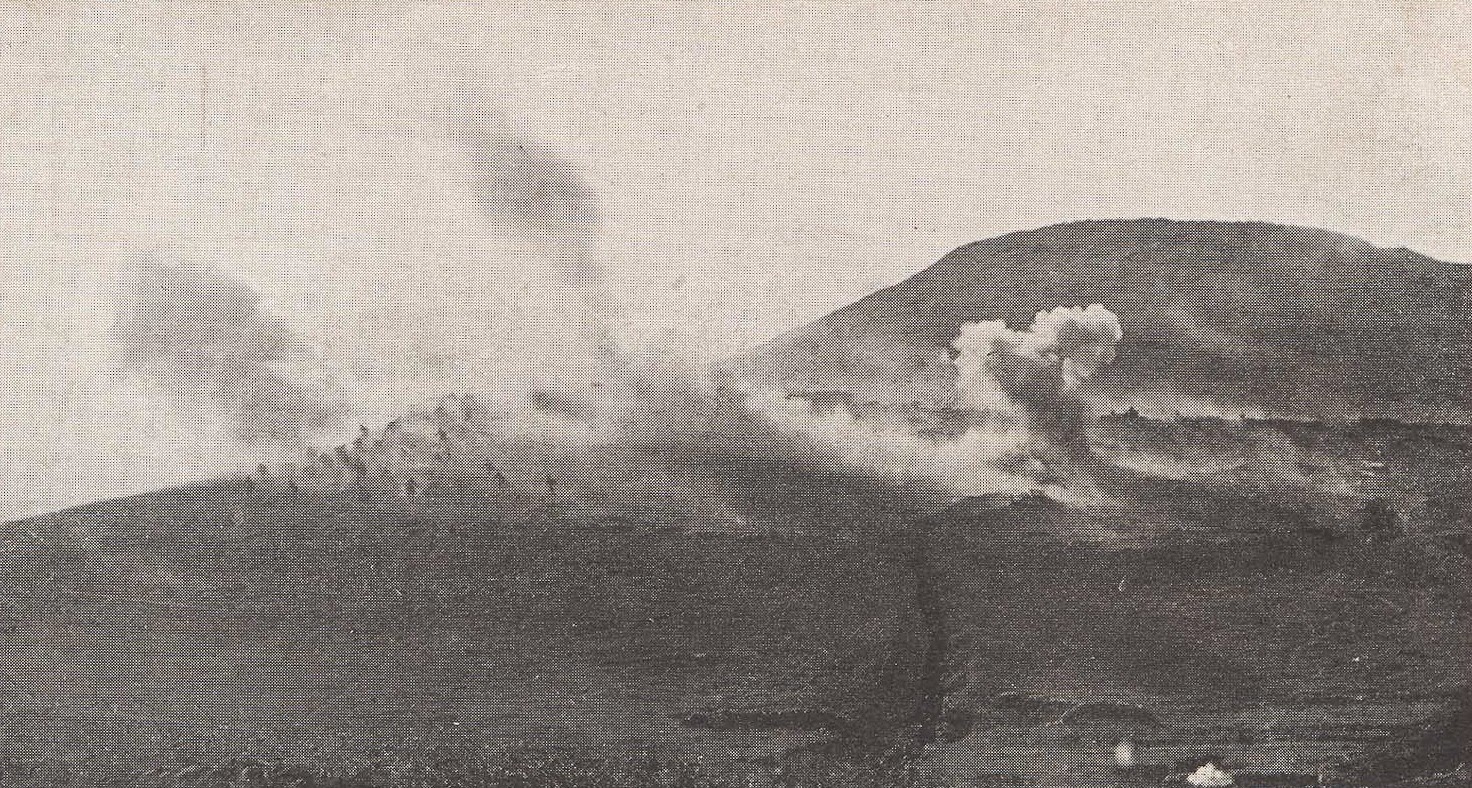 Photograph of a Japanese mine exploding under the defenses of a Russian-held fort on East Kikwan Hill during the Siege of Port Arthur, 1904. Probably the first photograph of a mine explosion during a conflict. The second photograph is of Japanese infantry assaulting the same Russian fort and was probably taken soon after the mine exploded.

Source of second image.
Posted by chubachus at 6:52 PM